A few days ago I got a text message from a dear friend with a story. A tragedy, actually. The story, as I had heard it, was nothing new- but I hadn't heard something like it since last October. Since I last visited the issue of teen suicide and bullying here. A rampant wave of teen suicides had taken the nation, and they were all LGBT youth who felt there was no room for them in a heterocentric world. Who felt that the pressure to be straight, the bullying, and being made fun of by all who surrounded them was just to much to handle, so they took their own lives. I thank SA, EC and EA for getting me through that day.
Dan Savage and his partner Terry Miller began a project called "It Gets Better".  Hundreds and thousands of videos were submitted to youtube, from the President to gay Orthodox Jews, from celebrities to the average Jamey.  He swore he'd fight off bullying. He swore he wouldn't let them get to him anymore, and he swore that he understood it would get better.  So many people put so much effort into making the world a safer place for LGBT youth and adolescents, and so many people seemed to be on board with the cause. It was a remarkable project. 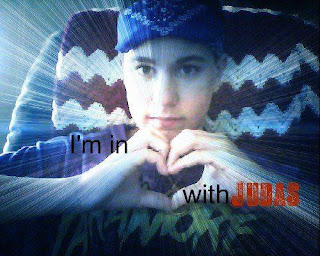 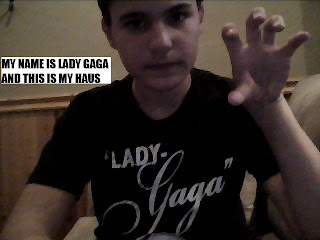 When I heard the news about Jamey Rodemeyer, a fourteen year old from Buffalo, New York who had taken his own life, I did some research. Jamey was a blogger, Jamey was a youtube vlogger, Jamey was an activist, Jamey was only fourteen. Jamey inspired hundreds with his posts and writings, myself included. Somewhere along the way it became too much for him. So on September 18th at 2am, Jamey Rodemeyer tweeted goodbye to his support system, the ever wonderful Lady Gaga, for her work and belief in equal rights for all. He said goodbye to his "mother" and raised his "paws up" forever. Jamey took his own life at fourteen years old.
This story is one of many. This story makes me cry not simply because a child committed suicide, not simply because he was bullied, not simply because he was gay, but touches my heart because he was an activist like me. He was strong. His friends have spoken wonderfully about how strong their friend Jamey was.
I wish I could've met Jamey. I wish I could've spoken to Jamey. I wish to God that he watched the It Gets Better video I released last year, just in hopes that he knew there was and is hope out there. I will miss this boy I had never met. I will miss the impact he was capable of having on the world. I will miss his strength and I will miss the hundred years of life he did not get to live because people decided he wasn't worth it. Because other people decided that he was a joke.
A few hours ago, Lady GaGa began a campaign, which is now trending on Twitter, to spur the movement for anti-bullying legislation. Tonight, Anderson Cooper, joined by Tracy and Tim Rodemeyer, Jamey's parents, hosted a segment about the incredible life of Jamey (here).  Although it took a few days, the news of Jamey Rodemeyer has finally reached the national public, and should not fade until the bullying stops. Until the hatred and the violence stops. Until the Jameys of the world get to live past 14 years old.
Here are some links about Jamey and the interviews/articles/campaigns his untimely death has sparked:
http://twitter.com/#!/ladygaga/status/116634542135189504
http://yubeacon.com/2011/09/features/paws-up-forever-jamey/
http://www.huffingtonpost.com/2011/09/20/jamey-rodemeyer-suicide-gay-bullying_n_972023.html